Making the Most of What You Are 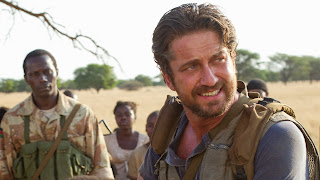 In a previous article, I wrote about Saint Patrick's journey from a slave to the leader of a movement (you can read it here). Saint Patrick got a "raw deal" in life, but he made the most of it.

I just saw a true story of another man — Sam Childers — who made the most of what he was. In Childers' case, he was a brutal criminal and a member of an outlaw motorcycle club. But he turned over a new leaf and found a purpose he felt strongly about: Building an orphanage in Southern Sudan.

For years now, a group called the LRA (Lord's Resistance Army) has been roaming through Uganda and Sudan, killing parents, taking their young boys, and forcing the boys to become members of their gang-army. The group operates with intense cruelty, and forces these boys to do terrible things.

The LRA's swath of destruction leaves orphans in its wake, and these orphans are not safe. Many of them are boys that the LRA would love to add to their army. Sam Childers built an orphanage (now the largest orphanage in Southern Sudan), and then defended it against LRA raids, using what he had (knowledge about brutal criminals and skill with guns) to keep these kids safe.

This true story was made into an excellent movie starring Gerard Butler: Machine Gun Preacher. I recommend it. His story personifies one of my favorite quotes. It's by George Bernard Shaw. Read it here: The True Joy in Life.

Email ThisBlogThis!Share to TwitterShare to FacebookShare to Pinterest
Labels: Being Yourself, Purpose