Giving Too Much Respect To Authorities 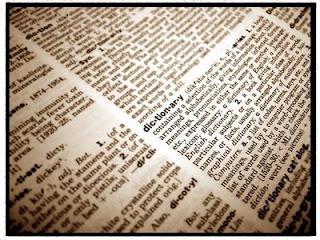 There are lots of words in Ralph Waldo Emerson's essay, Self-Reliance, that most of us don't use any more, although they are still in the dictionary. Looking the words up has helped me gain new insights into integrity.

The other day I was in a conversation with a couple of people and I said something about being "mendicant and sycophantic," and one of them asked me what that meant, but someone distracted us before I could answer, which was good because I wasn't exactly sure. I was quoting Emerson from Self-Reliance, which I have read onto a tape and I was listening to it in my car on the way to work, which is why it was on my mind. That phrase has always caught my ear because it was meaningful but nobody in our modern time would know what the heck it meant.

Emerson wrote: "Our reading is mendicant and sycophantic. "

Mendicant means begging or counting on charity to survive. Sycophantic means basically, a being a suck-up.

Emerson was saying that each of us is unique and if we would only be who we are, we could really be something. In fact, we really are something, but most people don't think much of themselves. But they think a lot of others (for instance, people who write books). So we read books by "important" people and give them too much reverence, and we ignore our own natural wisdom, talent, intelligence, integrity, strength, and kindness. We think certain others are great and we are just ordinary.

With his sentence, "Our reading is mendicant and sycophantic," Emerson is saying "we read the books written by others in a sort of begging or sucking-up kind of way," and we shouldn't.

There was an old story of a beggar who drank too much and passed out. As an experiment, the king's servants cleaned him up and put him in the king's bed, and when the beggar woke up, everyone treated him like a king.

Emerson said the story owes its popularity to the fact that each of us is like that beggar. We think we're a beggar when we're really a king.