The Cold Indifference of Memetic Evolution 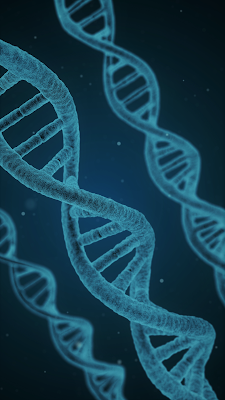 When Richard Dawkins wrote The Selfish Gene in 1976, the book presented a new perspective on genes. Up until that time, genes were looked at from the organism's point of view. In other words, the point of genes was to make a successful organism. If the weather was getting colder, genetic adaptations created a thicker coat. This served the organism.

The problem with this way of looking at genes was that over time, scientists have found many genes that do not serve the organism, that may even harm the organism, and yet still get passed on to generation after generation.

Dawkins proposed that we look at genetic evolution from the gene's point of view. Instead of the genes serving the organism, it made more sense to think the organism served the genes.

In the book, Dawkins makes an interesting point: Evolution will happen whenever you have something that can make copies of itself. As soon as something makes copies of itself (like genes, for example), if there is any variation in those copies at all, then some variations will eventually copy themselves better than other copies. They'll copy themselves faster, or with more fidelity (making more exact copies of themselves), or in some way increase their proportion of the population.

That's evolution. Some things copy better than others.

The English language had no name for it, so Dawkins made up a name: meme.

Anything that can be copied from one mind to another is a meme. The custom of shaking hands is a meme. At one time in your life, it was not in your mind. Then someone else showed you or told you about greeting someone by shaking hands, and that meme made a copy of itself in your mind.

A tune is a meme. And idea is a meme. The word "meme" is a meme, and if you've never heard it before now, that meme has just copied itself successfully into your mind.

One way memes have gotten better at copying is by joining with other memes in what is known as a "memeplex." A religion is a memeplex, for example. It is a collection of memes that more or less work together to get copies of themselves into other minds.

From a memetics standpoint, a religion is a collection of memes. One of the memes might be, "This is a holy book." And the holy book itself is, of course, a collection of memes. And in this case, because it's a book, the memes have found a way to copy themselves with extraordinary fidelity: The printer pumps out thousands or millions of identical copies of the memeplex.

Let's look at this for a minute, and then I'll get to my point. Let's say you had a religion going already (a memeplex). You already have a book and millions of people already have a copy of the memeplex in their minds. And then there is a slight variation.

Up until now, the memeplex had a kind of "live and let live" attitude. But then someone comes up with the idea that if you can persuade a non-believer to become a believer, you earn some sort of merit.

Okay, now you have two variations on the same memeplex: One says live and let live. The other motivates people to sell the memeplex to others.

Then let's say a thousand years go by. What do you think would happen? After a thousand years, which of the two variations will have more copies in the minds of people? I'm betting on the persuading version.

In the same way, the success of a meme doesn't necessarily mean it is good for the person holding that meme. If you have a meme that says you should spend all your spare time trying to talk other people into adopting your memeplex, it may be good for the memeplex but bad for you. It could make you miserable. It could waste your life. You might be so involved in it you neglect your health, so it could be bad for your health. You might want to maximize the amount of time and money you can spend on selling others on the memeplex, so you decide not to have children. That means the very successful memeplex is actually interfering with the success of your genes.

But in all that struggle to get converts, your efforts have made more copies of themselves than a meme that says, "I just want to enjoy my life." So over time, it is possible to have more and more people believing in stupid, counterproductive, and even destructive memes, and perhaps even becoming more and more fanatical about their memeplexes.

There is only one thing that can save the world from this horrible possibility: The memeplex of memetics, of course! I'm only being partially facetious. I think an understanding of memes and memetic evolution and how it works immunizes the brain, at least to some degree, from the tyranny and blindness of harmful memeplexes.

So spread the word. Share your understanding (you will earn memetic merit if you do).

If you'd like to increase your understanding of memetics, there are a few good books. I've read every book on memetics that has so far been published, and I think the best one is The Meme Machine by Susan Blackmore. It is readable and interesting and clearly articulates the meme of memes. If you've already read that one, Thought Contagion: When Ideas Act Like Viruses is also good. It's not as easy to read, but it has really good examples.

Adam Khan is the author of Principles For Personal Growth, Slotralogy, Antivirus For Your Mind, and co-author with Klassy Evans of How to Change the Way You Look at Things (in Plain English). Follow his podcast, The Adam Bomb.
Posted by Adam Li Khan at 11:22 PM