The Pressure to Sell Your Soul Comes From Within and Without 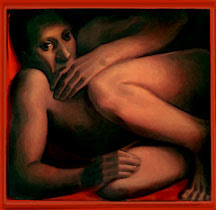 In one section of the essay Emerson said, basically, "your own lack of trust in yourself causes you to want to imitate others, or in some other way not be yourself." Then in another part of the essay he says, basically, "society tries to make you conform, to be what you're not, and it uses scorn and disapproval to control you and keep you from being yourself."

And tonight I watched a movie, a miniseries called Elvis (starring Jonathan Rhys Meyers) and there on the screen were Emerson's principles demonstrated with such stark poignancy it seemed like the director was trying to illustrate Emerson's essay.

In one of the early scenes, when Elvis was making his first recording, the producer (Sam Phillips, who was a one-man show — owner, recording engineer, producer, manager) comes into the recording room after Elvis had sang a few songs and says, basically, "What the hell is this? You sound like (and he names some singers), and they already have records. People have already heard them. I want you to sound like YOU."

In other words, Elvis did exactly what Emerson said people tend to do: He didn't trust himself and was trying to imitate others. He was imitating his favorite singers.

Later, they were taking a break and Elvis was goofing around, just passing the time playing on his guitar and singing (in other words, Elvis was accidentally just being himself). Sam heard it and said, "That's great!" and recorded it. That was Elvis' first hit. It was alive, it was unique, and it was completely Elvis.

Later in his career, after he had hired a new manager and before going on tour, Elvis went to Sun Records to say goodbye to Sam. After Sam wished him well, he told Elvis, "They're going to try to clean you up, to slick you up. You just be who you are, and you'll be all right."

In other words, "the world will try to make you conform to what they want you to be."

And they certainly tried to do it to Elvis. The Great Money Machine tried to turn him into something he wasn't. He was criticized for gyrating around (in one city the judge sent police to his concert to make sure he didn't "wriggle"). He was pushed by his manager into doing stupid movies — movies that Elvis didn't want to do — and pushed him into singing songs he didn't really like, and singing them in a way that just wasn't him. 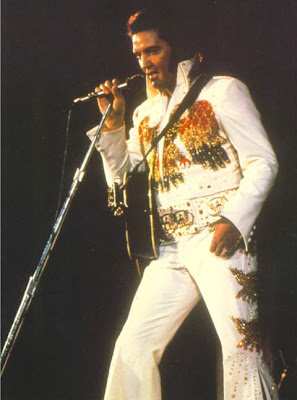 And guess what? If you do enough of what you don't want to do, if you aren't motivated, if it doesn't excite you, if you're not getting off on what you're doing, and if you have to continually be something you're not, you will inevitably be miserable.

In order to deal with the boredom and unhappiness caused by his perpetual violation of his own integrity, Elvis took uppers to keep him energized and downers to help him sleep, and his life slowly spiraled down into hell.

Then the producer of a television special set up a situation where Elvis could just be himself and do his thing, and he came alive! His performance was outstanding. I saw that performance myself and it was the first time I ever had the thought, "Elvis is really good." Prior to that time (and that was only a couple of years ago) I never knew why he ever became so famous, because by the time I heard Elvis he had already sold his soul. He had conformed to what others thought he should be.

But this single performance revived him for only a short time. Then he went back to conforming. His manager and his father convinced him he needed to conform to their wishes. He needed to go back to doing what they thought was best. And he went back to being miserable.

Let this be a lesson for all of us. The world whips us with its displeasure, as Emerson wrote. It has always done so, and it will always do so. It will never stop. It will never let up. It tries to make us conform. And our own lack of courage does the same thing from within, hollowing out our own self-trust and leaving but the shales and husks of our real selves.

But it doesn't have to be that way. If we explore integrity in earnest we can be our honest selves, we can follow our own way, and we can be happy. It will take courage and commitment, but it can be done. Gandhi did it. Lincoln did it. Emerson did it. My wife did it. And you and I can do it too.