Shift Your Thinking Creatively With One Simple Question 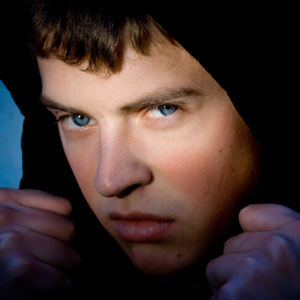 Many things have been tried over the years but not much has been successful. How do you change a problem child into a healthy, happy, productive youngster? Theories abound. Results are rare.

Kazdin tried something unusual. He trained the troublemaking kids and their parents how to think up options for handling situations, and to come up with different ways of interpreting situations — other ways besides using hostility.

The result: Troublemaking was significantly reduced.

When the only response you have is hostility, that's what you do, regardless of whether it gets you the results you're after. Kazdin trained these people essentially to ask themselves, What else? The parents and their kids learned to say to themselves before they responded to something, "Okay, I could do that (what I've always done), but what else could I do?" He taught them to think of new options they hadn't thought of before.

It seems a simple solution to a difficult problem. But it's harder than you'd think. Our minds are designed to streamline our mental processes. Asking "what else" makes the decision-process more complex. So it takes some deliberate effort to turn your mind to the task of coming up with alternative ideas.

This method is useful in many different ways. As I'm writing this, it's really cold outside, and even though a little while ago I had the heater turned up and my feet covered, my feet were still as cold as ice. Turning the heater up and covering my feet were obvious solutions. But, I asked myself, what else might work? What else could I do?

When you ask yourself a question, it awakens a part of your brain that answers questions. Ask a question, and your mind seems to search through all the things you've heard or know, and it often comes up with something.

I remembered my wife once telling me, "If your hands are cold, cover your head." She used to live in Lake Tahoe, and she learned a thing or two about dealing with cold weather. I grew up in Southern California and didn't know much about it.

So a little while ago I put a wool hat on. My feet aren't cold any more.

What else? It's such a valuable question. It's especially useful when you've been doing something a certain way for a long time. I'm always surprised when someone comes up with a new way to do something that's been done for a long time, because it makes me think, "Now why didn't I think of that?" Once you see the new way, it seems kind of obvious. But it took somebody asking "what else" to come up with it.

"Unaware of Mind's effect in patterning and enslaving their lives," wrote William Bartley III, "people live in a state of waking sleep, in a state of enchantment, of mesmerism, most of the time. Every day, in every way, they become more and more the way they have always been."

A couple of days ago I saw measuring spoons, but rather than having a separate spoon for teaspoons and tablespoons and halves and fourths, it was a single spoon with one end of the cupped part capable of sliding back and fourth, making the cup bigger or smaller, and there were lines on it for teaspoon and half teaspoon, etc. Why didn't I think of that? Because I didn't ask, "What else could measure teaspoons besides the measuring spoon I'm so familiar with?" 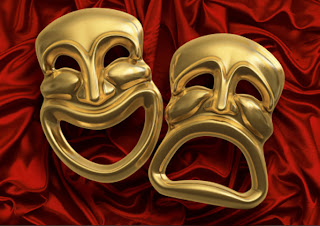 "What else?" is an especially practical question when what you usually do doesn't work very well. Besides getting miffed when a certain person makes certain kinds of remarks, what else could you do? You can do a certain task grudgingly, but how else could you do it? What other ways could you go about it? In what other ways could you think about it? When you interact with your teenager, and you both end up angry, ask yourself, "What else could I do?" What other approaches or responses can you think up besides what you normally do?

Here's a good rule: If what you're doing isn't working, do something else.

Of course, you don't want to go with something just because it's different, because in point of fact, the new idea might be worse.

Creativity is the process of thinking up new ideas and then rejecting most of them. But those are two processes, and the parts of your brains involved in each are different, so they can't really be done at the same time. In other words, when you're thinking up alternatives, don't judge the ideas for their merits at the same time. Let your mind go. Let it come up with crazy ideas, off the wall angles, impossible notions. This stretches your mind beyond the limits within which your thinking has been confined. Out of that loosened-up state of mind, a truly original idea and sometimes a perfect solution can suddenly become obvious. You just couldn't see it before because you were unknowingly confining your thinking about that subject within certain parameters.

Think up ideas, and keep thinking them up until you get a good one. And if it's important enough, and you have the time, keep thinking up ideas, keep asking "what else" and see if you can come up with an even better one.

The best way to characterize "thinking" is as a dialog. Consider thinking as a dialog with yourself. I know that if it is with yourself it's supposed to be called a monologue, but thinking isn't done very well as a monologue because there is nothing to provoke the thoughts further. A monologue is an expression of an already-decided thought. Dialog can create something new.

Have a thought and then criticize it and you have a dialog. Come up with an idea and then ask, "What else?" and you have dialog, and that's where good thinking happens.

"Well, my in-laws are coming over," says Pete to himself, "and they always drive me nuts. Maybe I'll just not say anything."

If Pete stops there, his monologue has created one idea. But this time he has a dialog with himself, and so he becomes more creative. "Yes, I could try that," he says to himself, "but what else might work?"

"What else might work for what? I guess I need a goal if I want to think up an idea to solve it. I need to know what I'm trying to accomplish."

"I want to feel happy even when they are here."

"Do I feel happy when I say nothing?"

"No. I've tried that before. It's not much fun. It's a little better than being annoyed, but I'm definitely not happy."

"Since I want to be happy, I should do what makes me happy. I really enjoy playing my new video game. Maybe I can enlist one of them to play with me."

"Good idea. But I'm not going to stop there. What else could I do?"

"I like talking about politics. I could make that my theme for the night. I could turn every conversation to the subject of politics."

And so on. The more Pete asks, the more he'll get. Some of his ideas will be goofy or won't work very well, but thinking is like good photography: You take several rolls and get rid of almost all of them. You'll have maybe two or three good ones, but they were worth all the waste.

That's how creativity works. You generate lots of ideas and throw out most of them. But in generating so many, you have more to choose from, so your chances of getting a better one improve as the number of ideas increases. And the way to get many ideas is to keep asking, "What else?"

Adam Khan is the author of Self-Help Stuff That Works and Cultivating Fire: How to Keep Your Motivation White Hot. Follow his podcast, The Adam Bomb.

Email ThisBlogThis!Share to TwitterShare to FacebookShare to Pinterest
Labels: Purpose