What To Do About News 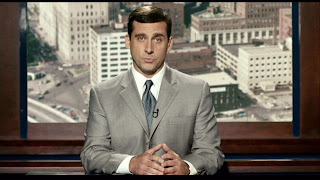 The Center for Media and Public Affairs did a study on network coverage of murder. Between 1990 and 1995, the murder rate in the U.S. went down 13 percent. But during that same period, network coverage of murders increased 300 percent. If you happened to watch a lot of news during that period, you would have gotten the impression that murders in America were escalating out of control, when in fact that situation was improving.

A research team edited news programs into three categories: Negative, neutral, or upbeat. People were randomly assigned to watch one category of news. The ones who watched the negative news became more depressed, more anxious about the world in general, and they had a greater tendency to exaggerate the magnitude or importance of their own personal worries.

It is a fact that feelings of helplessness and hopelessness cause depression and the health problems related to depression. And studies have shown that the greater majority of network news is about people with no control over their tragedy. "What the evening news is telling you," said Christopher Peterson, one of the first researchers to show that pessimism negatively affects health, "is that bad things happen, they hit at random, and there's nothing you can do about it." That is a formula for pessimism, cynicism, and a generally negative attitude toward the world and the future.

In one study of network news, 71 percent of news stories were about people who had very little control over their fate. This is neither an accurate or a helpful perspective on the world. Highly trained professionals scour the world to find stories like that and the way the stories are presented gives the impression that those kinds of events are more common than they really are.

Professor of psychiatry Redford Williams suggests asking yourself these two questions when you're watching or reading the news:

1. Is this important to me?
2. Is there anything useful I can do about it?


If you answer no to either of those questions, change the channel or find something better to read.

Adam Khan is the author of Antivirus For Your Mind: How to Strengthen Your Persistence and Determination and Feel Good More Often and co-author with Klassy Evans of How to Change the Way You Look at Things (in Plain English). Follow his podcast, The Adam Bomb.