Somebody Has to Be First 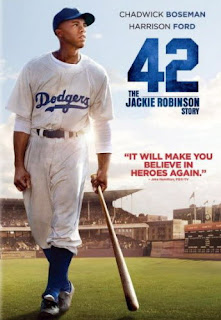 We watched "42" today — the movie about Jackie Robinson, the first African American baseball player in the major leagues. It was a great movie. The reason Robinson is remembered with so much respect today is not just because he was an extraordinarily talented ball player, and not just because he was first, but because he took all the hostility and discrimination the world could throw at him and he didn't fight back with hostility or discrimination. He fought back by being gracious and gentlemanly in the face of intense racism (and by being an outstanding athlete).

I see great posts on the Fuel Freedom Facebook page, but often they get hostile responses. The same thing happens on the Open Fuel Standard web site and Facebook page. The hostility is mild compared to what Robinson had to endure, but it still it sometimes discourages me. I somehow keep foolishly expecting it to be easy. I keep expecting people to instantly recognize the beauty and practicality of fuel competition and rally to the cause. But it doesn't usually happen that way.

When you talk to people about fuel competition, what do you get back? I'll bet sometimes you get hostility. People will tell you that ethanol will cause food shortages, methanol is poisonous, or that we need to solve the oil monopoly by drilling even more oil, and so on. And many more people have this point of view than those who understand the foolishness of maintaining a monopoly for the most vital commodity on earth (transportation fuel).

The Australian oil man, John Masters, said, "You have to recognize that every 'out front' maneuver is going to be lonely. But if you feel entirely comfortable, then you’re not far enough ahead to do any good. That warm sense of everything going well is usually the body temperature at the center of the herd."

When you run up against resistance, when it seems everyone is ignorant and you feel alone in your understanding about the promise and potential of breaking oil's monopoly in America, please recognize that you are simply out front — far enough ahead to do some good — and press on.

Let us commit ourselves to making that great day come as soon as possible.

Adam Khan is the co-author with Klassy Evans of Fill Your Tank With Freedom and the author of Slotralogy and Self-Reliance, Translated. Follow his podcast, The Adam Bomb.