The Famous Food Versus Fuel Debate 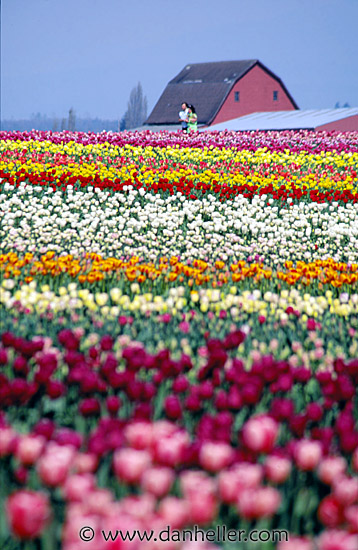 Have you ever wondered why you've never heard a "food versus flowers debate?" After all, we have an enormous amount of farmland devoted to raising flowers around the world. I've stood in places where as far as you can see in any direction are endless fields of flowers growing on prime farmland.

How many giant greenhouses are devoted to growing flowers around the world?

But we don't hear anything about a "food versus flowers" debate. But we frequently hear about a "food versus fuel" debate, don't we? Are flowers more important than food? Are flowers more important than fuel? No, and that's not the issue anyway. The source of the "food versus fuel" debate is fuel alcohol's most dangerous competitor — the oil industry. Those who have the most to lose from the rising popularity of alcohol fuels created the "debate" and inserted it into the public dialog. The petroleum industry coined the phrase in 1979. And because the alcohol fuel industry is dwarfed by the immense wealth of the oil industry, the myth-busting facts have not reached nearly the number of people who have heard the food versus fuel idea, and millions of people have bought the phony "debate" hook, line, and sinker.

The flower industry is only one of many we could mention. How about booze? How much land is devoted to raising crops just for liquor or beer? Shouldn't that land be devoted to food? How many food crops does it take to make a bottle of bourbon? Why don't we hear of a "food versus booze" debate? Or is booze more important than transportation? It seems to me I need to get to work, but I don't need to get a buzz (or buy flowers, for that matter).

What about Christmas trees? What about dog and cat food? Are these more important than starving people or transportation?

I could go on and on. In fact, I'm going to go on and on (in a minute), but you've gotten the main point of this article already. I'm going to beat this issue to death, though, because I've had enough of the argument. The phony issue shows up in articles and books and interviews, and it is completely taken for granted by most of the people who mention it, even though several impartial researchers have shown that food prices have only risen slightly because of the ethanol industry.

And it has also been shown that by far the largest influence on rising food prices is rising oil prices. Oil prices and food prices are directly and necessarily correlated.

And the slight impact the ethanol industry has had on corn prices has actually been a good thing for the hungry people of the world. The overabundance of cheap U.S. grain around the world has essentially put local farmers in Third World nations out of business. And not just in Third World nations. It is an untenable condition for the world to have American farmers producing so much grain so inexpensively that even the American farmers themselves can't make a living because their abundance has pushed grain prices too low.

So ethanol's small impact on food prices has been a good thing, encouraging small, local farming operations to spring up around the world, which is increasing the world's food supply. And if we can get an Open Fuel Standard in America, those Third World farmers may get a chance to do more than merely grow their own food; they will have an opportunity to turn their surplus crops into ethanol and export it to a fuel-hungry world, which will help lift them out of poverty.

But like I said, I intend to beat this issue to death. Are you ready? Besides the food versus flowers debate and the food versus booze debate, what else can we look at? What other good potential croplands are being "wasted" when there are starving people in the world?

How about wine? Why don't we have a food versus wine debate? There are millions of acres of wine grapes planted worldwide. One single variety, Airén — an undistinguished white grape — is planted on more than one million acres in central Spain. Is wine more important than food?

I'm not suggesting we get rid of football fields. Not at all. It is completely unnecessary. As Robert Zubrin points out, we have plenty of farmland to grow both food and fuel, and so does the rest of the world. I'm bringing this up to point out that other perfectly legitimate potential crop land is never mentioned, because the source of the argument is the oil industry, and their target is the ethanol industry.

Mowed lawns are the largest crop by weight in the U.S. Is all the land devoted to lawns in the U.S. more important than food or fuel? Why don't we have a food versus lawns debate?

We feed nearly all our millions of acres of corn to cows. It takes 17 to 20 pounds of grain to produce one pound of beef. Worried about starving poor? Become a vegetarian. Is the deliciousness of beef more important than transportation? Why not stop feeding cows and feed people instead?  Please don't accuse me of being a vegetarian. I love meat, and I'm going to keep eating it. But more corn is going to feed cows than is going to make ethanol by far, but we hear almost nothing about the "grain versus meat" debate. Even without becoming a vegetarian, we could eat grassfed beef to save that grain for starving people.

And the biggest source of untapped food is waste. According to experts who study it, like the economist Mancur Olson, an astonishing 30 to 50 percent of all the food produced is never eaten! In poorer countries, most of this waste is from the crops rotting in the fields, being eaten by rats, or spoiling in transit. In richer countries, most of the waste is from excess that is thrown away — salad, bread, fruit, vegetables, etc. Read more about this here.

Regardless of what else we do, we definitely need to tackle the food versus waste issue.

I'm sure I'll add to this list of potential "debates" over time as I think of more. But the point is, nobody is having these debates because there's no motivation for them. But oil money buys influence, and the oil industry has decided, and I think quite astutely, that one way to cripple the ethanol industry — one way to undermine popular support for their strongest competitor — is to make people believe that growing crops for ethanol will cause people to starve. It's a clever tactic. Let's hope a growing number of people will see through it.

Adam Khan is the co-author with Klassy Evans of Fill Your Tank With Freedom and podcasts at The Adam Bomb.
Posted by Adam Li Khan at 12:43 AM